Mike Lowery, pastor of Impact Community Church in Rock Hill, S.C., has it about right.

In his series of sermons titled "Invisible Minefields," he's been touching on demons that torment, tear down, depress, demoralize, destroy.

We might better understand these demonic spirits as the "Forces of Satan."

Always, inside us, despite how strong our faith, there's an ongoing struggle.

It's waged between the "Forces of Satan" and the "Goodness/Purity of God."

If we let our Godly guard down one iota, Satan will begin to claim us. His is an unseen dark power that will seek to fill us with despair, evil, defeat, difficulty, depression and delusion. Ultimately, according to Pastor Lowery, Satan wants to destroy, obliterate...

So how to defeat Satan, who, by the way, is responsible for all the sin and wrongdoing in our world? How to fight against NOT flesh and blood but against an unseen evil force, a mighty, cunning power of darkness and evil?

We can only defeat Satan with God.

We defeat Satan (who is smart and strategic and scheming, according to Lowery) only by being prepared for the fight of our lives. And we become prepared by putting on our Godly suit of armor.

Know and do the truth. So easy to say. So hard to practice and live by, but that's how we're all to live if we want to get to Heaven.

Incidentally, Pastor Lowery noted that integrity encompasses the moral, relational and sexual dimensions of our life.

Integrity, he also noted, does not mean perfection but it does mean consistency in the way we behave. We are ONE person. We should know and try to do the truth all the time in every situation.

And just as (in Biblical times) Roman soldiers put on a breastplate to protect their heart, we should follow their lead and put on the belt of truth with the breastplate of righteousness protecting our own heart. Eph. 6:14b

Lowery summed it up this morning this way: David says only he with clean hands and a pure heart can get close to God. God can't use us if we are dirty. Dirtiness causes infection. Only the pure heart gets close to God. Know the truth. Live by the truth. Jesus talked about truth again and again... Satan always wants to attack us in the area where we are impure. Mind pollution is far worse than ecological pollution in our world today. If we don't

have a brave heart, the belt of truth and the breastplate of protection over our heart, Satan will devour us.

Mike Lowery: "The greatest prayer warriors I have known in my life are typically people with pure hearts."

Words to live by and die by.


Posted by carolina magic at 7:47 PM No comments:

Farewell to my Mom

Writers have a tough time of it.

We're called upon (nay, expected and cajoled), from time to time, to write about the death of a family member.

Such was the case this morning after losing my Mom, the best mother in the world, yesterday.

I accompanied my brother and sister to the funeral home in Elizabethton, Tenn. We picked out a casket and a vault to protect and enclose her last resting place when she's buried. We worked out the details for her viewing and graveside service. We came to agreement on what kind of spray of flowers we wanted next to her body during the viewing and visitation.

We selected photographs for the video that'll document highlights of Mom's triumphant life.

We touched briefly on what we wanted included in Mom's obituary. All eyes turned toward me. I was assigned to do the writing. What a formidable challenge--bidding farewell to your Mom and trying to capture in words her personality and life's milestones.

I did the best I could.

This is what I came up with. It will appear in this weekend's editions of the Elizabethton Star and the Johnson City Press.

Now in the arms of angels in heaven, she had led a full, exciting, interesting life.

She was the glue and the rock-solid anchor that held her family together. She was also tenderhearted, kind, soft-spoken and gentle in spirit.

Never boastful or loud, even when saddened, she kept some things to herself, preferring always to look on the positive side of any situation and always, ALWAYS holding out hope for a better day.

“This is the Day that the Lord has made! We will rejoice and be glad in it!” she often beamed.

She was a beautiful, loving, caring, strong-willed woman who cherished a good cup of hot steaming coffee in the morning, eagerly read the local daily newspaper, and who always had room at her table for another guest.

She prepared delicious Sunday lunch meals. Always her kitchen door was open for lunch and fellowship after church. Her soup beans, corn bread and fresh vegetables, cakes and cobblers satisfied many a hungry palate.

Her love and affection for her husband, children, sisters, brother, grandchildren and great grands was unconditional.

She was also a gifted writer—a trait she passed on to her others in her family.

At Hampton High School as a teen-ager, she had been a star on the girls’ basketball team.

She was the middle daughter of the late Ed Jenkins who died in 1962. And throughout her life, she had her father’s upbeat disposition in her DNA. She once wrote of him: “His cheerfulness sometimes did more for the sick than their physicians could do. He was a ray of sunshine to the sick, depressed…and a beacon of light for the needy.”

She could have been writing about herself.

Mrs. Timbs, a long-time member of the Lady’s Class at Valley Forge Christian Church, was preceded in death by her husband of 69 years, decorated World War II and Korean War veteran Lawrence C. Timbs. Mr. Timbs, a native of Fish Springs, Tennessee, passed away at the age of 90 in January 2012.

During his career in the U.S. Air Force, Mr. Timbs and his beloved wife Dixie, with a baby on the way or one or more in tow, would criss-cross the country. They resided, among other places, in Smyrna, Tenn.; Niceville, Fla.; Austin, Texas; Nagoya, Japan; Maryville, Tenn; and Colorado Springs, Colo.

When Mr. Timbs retired from the Air Force in the early 1960s, he and Dixie returned to Elizabethton, where Mr. Timbs worked as a seasonal park ranger for the Great Smokey Mountains National Park.

He and Dixie next relocated to Newport News, Virginia. They lived and worked there for several years before relocating back to Dixie’s parents’ old home place in the Valley Forge community between Hampton and Elizabethton.

After living abroad and all over the United States, they thoroughly enjoyed reconnecting with their Tennessee roots—becoming active in the Valley Forge Christian Church, where Dixie’s father Ed had been an elder and deacon for 40+ years. They gardened, took short camping trips in their VW van, porch sat, bird-watched, enjoyed their children and grandchildren and extended family and got involved in local politics. Dixie, as devout a Democrat as her husband was a Republican, noted with a chuckle that she relished canceling out her hubby’s vote. Both Dixie and her husband readily served for several years as Election Day workers at Valley Forge Elementary School voting place.

Dixie always celebrated the fact that in Valley Forge they had the privilege of living in the shadow of one of the most beautiful mountains in East Tennessee. “Jenkins Mountain (is) 2,000 feet of awe-inspiring scenery,” Dixie wrote in her 2007 self-published book The People of Valley Forge: A Collection of Memories. “You will not find anything more majestic or breathtaking.”

Perhaps it was living so close to towering Jenkins Mountain (named after one of Dixie’s ancestors) that inspired her to write another self-published book, her 2004 A Rugged Trip Up Jenkins Mountain And The Old Barn. In this illustrated, tersely penned little book, Dixie recalls what it was like to grow up exploring, climbing and playing on the mountain with her two sisters Nell and Ruth and with her brother J.N., whom she described as “full of laughter and happiness.”

Dixie wrote engagingly in her book about how she and her siblings got up front and close with all manner of wildlife, including a red-tailed hawk, bear cubs, honey bees, blueberries and huckleberries, wild bleeding hearts, rhododendron, mountain laurel, a great horned owl, a cotton-tailed rabbit, white-tailed deer and “a big black snake that “licked out his tongue and started slithering away” when Dixie, barefoot, stepped on it.

Many days, after playing outside to their hearts’ content 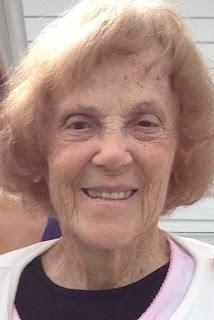 , they ate a peanut butter and jelly sandwich in their “girls club house” in the barn; Dixie, Baby Ruth and Nell had plastered the inside of it with pictures cut out of a magazine. The little ones also would often dip their feet into the cold clear water of the nearby Doe River.

They were the blessed children of Ed Jenkins (“a man small in stature but a giant in the eyes of those whose lives he touched”) and Maude Simerly Jenkins; the latter, a skilled quilt maker, loved to cook hot-biscuits from scratch and serve gravy and grape jelly every morning for breakfast. Maude also prepared meals for anyone in the community who had a death in the family. God couldn’t have given a child better parents, Dixie often said.

Guests may sign the register and attend the viewing 1 p.m.-2 p.m., Monday, July 8 at Tetrick Funeral Home in Elizabethton.

Graveside services will be held at Happy Valley Memorial Cemetery at 2:30 p.m. Monday. David Siebenaler, minister of Valley Forge Christian Church, will officiate. Music will be by Alex Holtsclaw and Frieda Winters.

Pallbearers will be her grandsons.

Honorary pallbearers will be other members of the family. Memorial contributions may be made in lieu of flowers to: Valley Forge Christian Church, 114 VFCC Church Road, Elizabethton, Tenn. 37643.

The family wishes to express their appreciation to the staff of Life Care Center of Elizabethton for their care of our beloved mother, wife, sister, grandmother and great-grandmother. 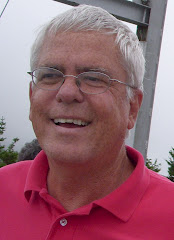